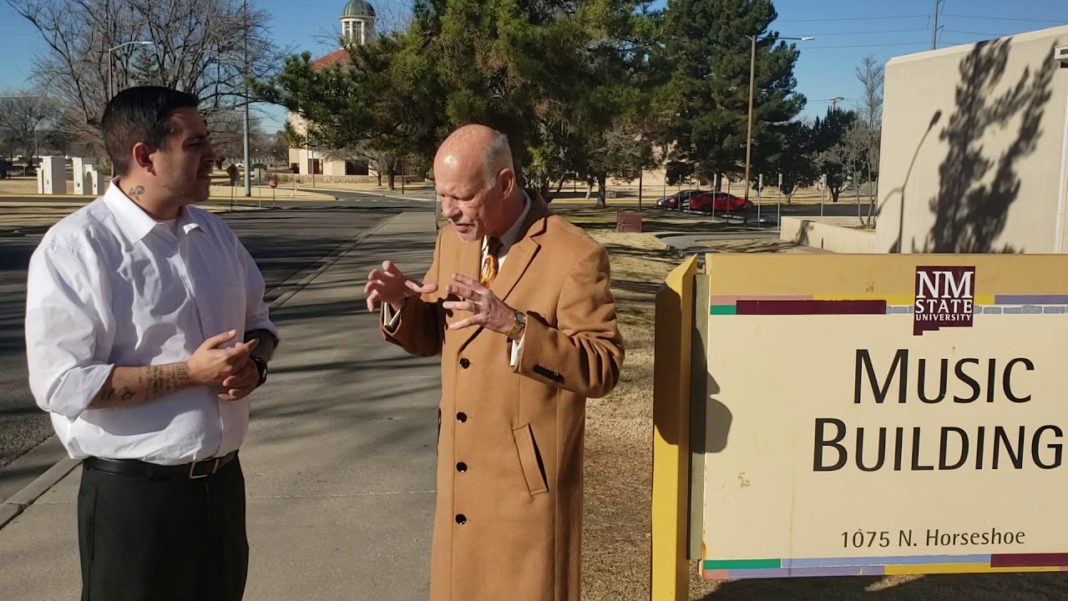 The story of the Las Cruces Symphony Orchestra (LCSO) began 61 years ago in 1958 when Oscar Butler, a vocal music professor at NMSU, gathered Las Cruces resident-musicians to perform Brahms’s Requiem. It was a rousing success in the community. In 1961, Dr. John Glowacki, the new head of the Department of Fine Arts at NMSU, merged the fledgling community orchestra with the university orchestra, forming the University-Civic Symphony.

Since that faithful concert, the Las Cruces Symphony Orchestra has been playing every year for our wonderful community.  Featuring programs with repertoire from the 18th, 19th and 20th century, as well as some incredible and innovative performances; such as ‘Pops under the Stars’ and the original ‘Mambo Kings’!

From his inaugural concert with the Las Cruces Symphony Orchestra at New Mexico State University in October 1999, Music Director Lonnie Klein has led the orchestra to new levels of artistic excellence, with high audience acclaim, rave reviews and ten consecutive sold-out seasons. Joseph Schwantner, noted American composer, said, “Lonnie’s industry and energy knows no bounds and he has propelled the orchestra into an ensemble that possesses great musical integrity and an ability to engage new and challenging music in a manner that is truly exceptional.”